The hydrogen used for the production of energy is gas molecule hydrogen, identified with the formula H2. It is a molecule that has been known for over 200 years, and when it burns it frees energy, producing only water. However on the Earth there are no molecule hydrogen deposits, as in the case of fossil fuels. It is a molecule that is found in great quantities in nature, but only in combination with other atoms to form, for example, water or methane. Due to the simple fact that on the Earth there are none, hydrogen is not a primary source of energy, in order to use it, it must be produced, using energy. In any case, only when it will be produced in a sufficiently economic manner will it be used as an energy vector, and only after having solved the problems tied to the fact that it is a gas that is difficult to transport, store and use. 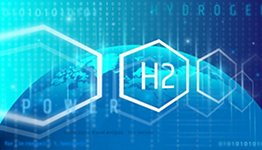 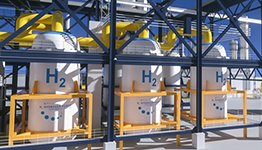