The energy carried by sunrays as a consequence of nuclear reactions (hydrogen fusion) and transmitted to the Earth as electromagnetic radiation is called solar energy. Electromagnetic radiations are made of photons. A photon is a neutral particle that spreads into the air at a speed of 300,000 km/sec, with an energy that depends on its frequency and a mass that is considered as void when at rests (when it is not moving). 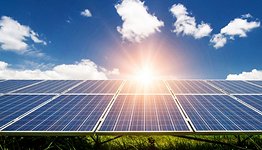 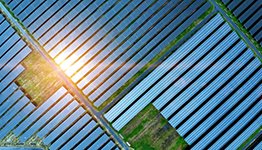